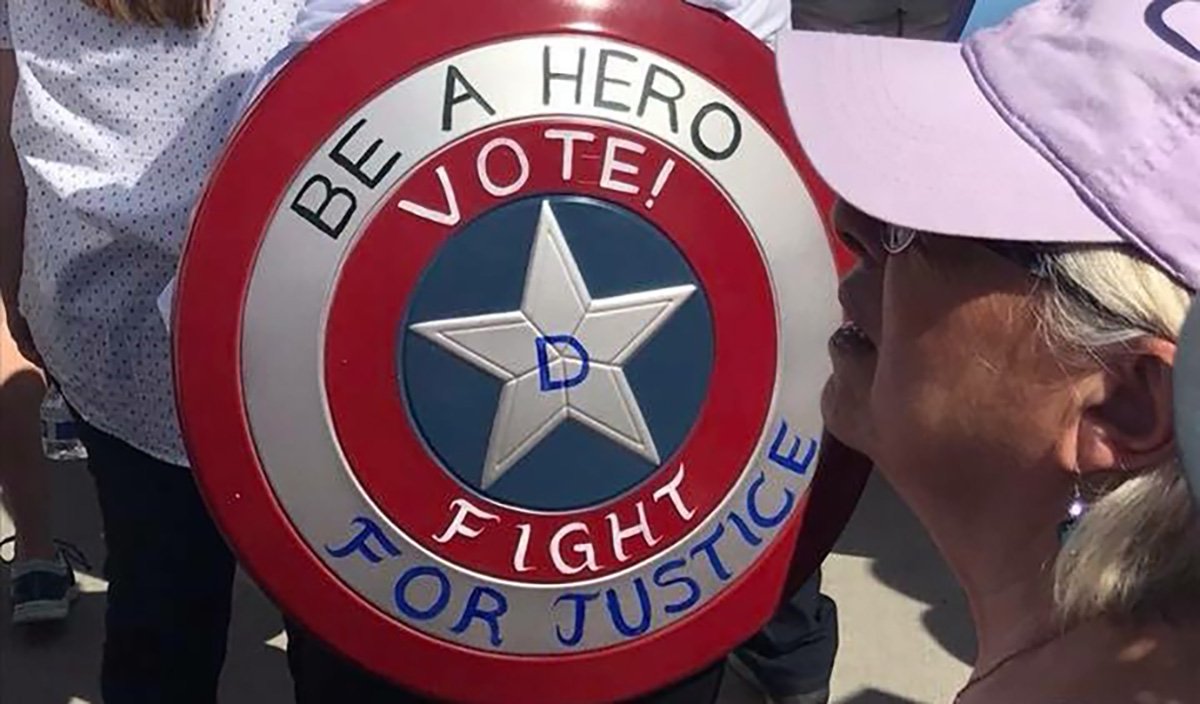 Since 1953, Ford & Wallach, has committed itself to educating and empowering voters and electing pro-labor union candidates. In addition, to representing our clients with the highest levels of advocacy at the Workers’ Compensation Appeals Court (“WCAB”) and in other proceedings for California workers’ compensation (“WC”) benefits, our attorneys and staff are actively engaging in the voting process.
We enjoy turning out the vote and electing candidates that will be champions for working people. For us, social justice does not stop at the courthouse. It takes passion, commitment, and a lifelong dedication to create lasting change with policies centered around workers.
We phone banked, canvassed, marched, sent postcards to voters, volunteered with labor organizations for get out the vote efforts, and donated to pro-labor candidates.

Ford & Wallach is PROUD to welcome our new incoming governor, Gavin Newsom, along with a record number of elected pro-worker candidates.
Partners, Scott Ford and Cheryl Wallach, did fundraising for Gavin Newsom. Associate attorney, Analisa Swan, attended a march with our newly elected California State Senator, Maria Elena Durazo; participated in a rally with U.S. Congressman, Adam Schiff, at Los Angeles City Hall; attended a demonstration in Irvine, CA with candidate, Katie Porter; donated, canvased, and phone banked in Santa Clarita, CA for Katie Hill in California’s 25th U.S. Congressional District.
Ford & Wallach’s Director of Labor Union Relations, Jason Swanson, knocked on voters’ doors and met with voters in Palmdale, CA with members of the Service Employees International Union (“SEIU”) Locals 99 and 2015, and the American Federation of Government Employees (“AFG”) to bring the win home for Katie Hill. Mr. Swanson also traveled to Missouri to stand against Proposition A, which would have made Missouri a right-to-work state, undermining decades of labor progress. Mr. Swanson canvassed in Missouri asking voters to vote “no” on Proposition A. In a win for unions, Proposition A was defeated at the ballot box.

As part of our ongoing commitment to social justice and the labor movement, the partners, Ms. Wallach and Mr. Ford, travel to Sacramento, CA with the California Applicants’ Attorneys Association (“CAAA”) to lobby on behalf of injured workers. We believe that injured workers are entitled to dignity, respect, adequate benefits in the workers’ compensation (“WC”) system, and that these benefits should be provided expeditiously to the injured worker by the WC insurance carrier(s).
CAAA is the preeminent legal organization advocating on behalf of injured workers. As elected members of the Board of Governors for CAAA, Mr. Ford and Ms. Wallach, volunteer their time in outreach with our elected officials to promote injured worker friendly legislation.